Legal, fiduciary, and policy oversight of The Lincoln Theatre Center Foundation (LTCF) is maintained by a volunteer Board of Directors, who generally meet the second Tuesday of each month at 5 pm, either in-person at the Mount Vernon Conference Room or via Zoom. The public is welcome to attend meetings of the Board of Directors.

The LTCF is committed to creating a theatre that holds anti-racism and anti-bias as core values and strives to reflect the community’s needs for board diversity as well as educating the community about racism, diversity, inclusion, and equality to broaden awareness on the importance of these issues as reflected in cinematic and performing arts.

Lincoln Theatre Members In Good Standing interested in joining the Board or any of its committees, or attend a meeting, are encouraged to contact the theatre's administrative office or send an email to: board at lincolntheatre dot org.

The Historic Lincoln Theatre Center Foundation (non-profit) is currently seeking passionate community members for Treasurer and Secretary positions on the Board of Directors.

Foundation Board of Directors 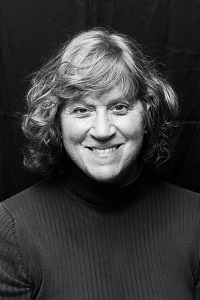 A life-long Western Washingtonian, Elizabeth moved to Skagit 6 years ago with the dream of being a sustainable farmer. While she quickly realized it was not to be for her, she has passed on her 15-acre farmland to more competent (and younger) folk. Now she lives in Anacortes, doing consulting work with agencies and corporations, exploring the precious forests, mountains, and sea, and enjoying the local arts and culture scene. She is thrilled to serve on the Board for the Lincoln community and support its mission. 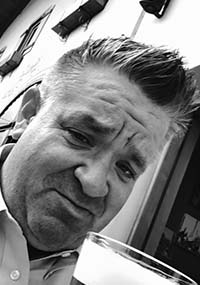 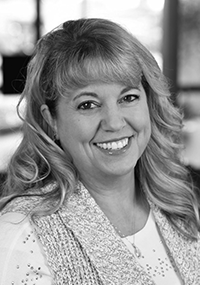 Rachel Reim-Ledbetter is Branch Manager of the Mount Vernon Hagen Office of Peoples Bank. With more than 20 years of banking experience, Rachel is passionate about building long-term banking relationships with local customers. Active in the community, Rachel serves as treasurer for PFLAG Skagit, on the finance committee of the Burlington Lutheran Church, and as a member of the Mount Vernon Chamber of Commerce. 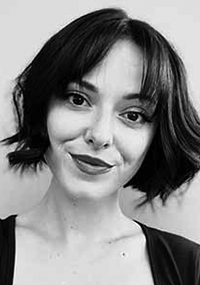 Amanda is a director, writer, and actor who currently lives on a farm in Mount Vernon, Washington, where she co-owns and manages Darcy Blue Productions. Originally hailing from Milwaukee, WI, Amanda spent the past decade in New York and Los Angeles working in theatre, film, and comedy in various capacities - as an actor, producer, devised theatre creator, and collaborator in developing new works. Amanda holds a BFA in Acting and a minor in Arts & Entertainment Management from Pace University School of Performing Arts in New York City, and has trained in acting, dance, voice, & comedy at Circle in the Square Broadway, New York Vocal Coaching, Steps on Broadway, Manhattan Movement Center, Upright Citizens Brigade (UCB), iO West, and Second City Hollywood. She is currently represented by Seattle Talent and TCM Models & Talent. Her film & video production company Darcy Blue Productions serves and empowers the nonprofit and independent business communities in the PNW, while producing narrative work that highlights the inner worlds of women and amplifies voices that are traditionally silenced. ’Mountain Violet,’ her narrative writing & directing debut, is currently in post-production. Amanda also serves on the Communications Committee as a Board member of Women in Film Seattle. In recent years she has worked for the Seattle Queer Film Festival, Seattle International Film Festival (SIFF), and is currently working in the tech department for the 2022 Tribeca Film Festival in New York. 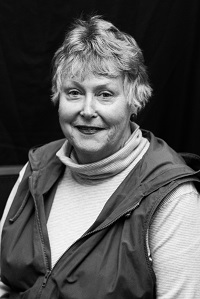 Retired from teaching after 37 years at Mount Vernon High School, then retired again from teaching French and Spanish at Immaculate Conception Regional School for twelve years, Susan is a fan of live theatre and foreign cinema. Susan has survived seventeen study trips to France, eight to Quebec Province, three to Spain, and four to Mexico. She is also passionate about travel and studies of WWII and the Holocaust’s impact in Poland, the Czech Republic, Israel, and France. The Lincoln Theatre has been part of Susan’s life since 1971. 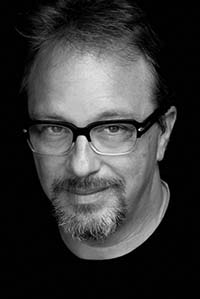 Conrad moved to Skagit in 2006 from California where he worked as a music producer and keyboardist for touring shows. A native of Bellevue, WA, he loves the vibrant live performance arts in Skagit County and the Lincoln theater. He currently works as a music producer, show creator and helps support local performance groups when he is not performing on tours. 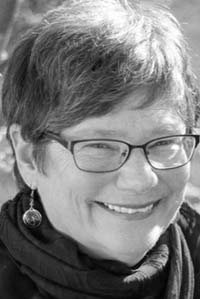 Sharing the gentle power of Reiki healing, to harmonize body, mind an spirit. The world needs balance and harmony -- gifts of Reiki healing energy! In her first career, Valerie was a freelance reporter for NPR, CBC, BBC, and other networks. A spiritual inspiration opened the path for her to study Reiki and ThetaHealing. Now she shares transformational wellness at the Vera Wellness Center in Mount Vernon 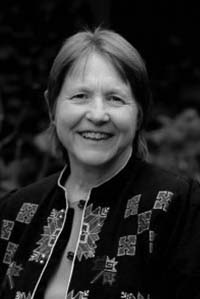 Doris practices traditional Swedish massage and reflexology, including acupressure, sound, and biofeedback, bringing brain wellness and biofeedback into her work in massage, teaching, and personal counseling. Her doctoral training was about applications of neuroscience in education and complementary medicine. She has a Washington State Mental Health Counselor Associate license and an office to do massage and counseling in Mount Vernon at the historic Carnation Building. 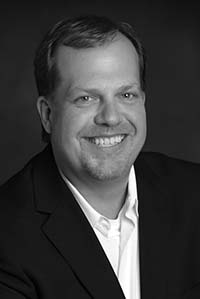 Born and raised Washingtonian, Duane has been with The Hudson Real Estate Group at Windermere in Everett for the past 5 years. He and his wife live on Camano Island. He approaches many projects with an eye on business development, expansion, and operational improvements. He is excited to have recently joined the Board of Directors and looks forward to helping them fulfill their goals.

The day-to-day operations, development, and booking of the Lincoln Theatre are handled by full-time and part-time staff. 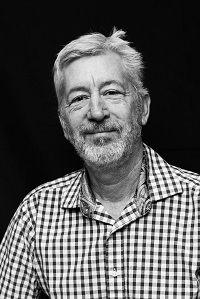 Roger began his career at the Lincoln in 1999 as a volunteer and worked his way through most every theatre position before becoming the Lincoln’s Executive Director in 2014. He thanks the Lincoln’s previous ED’s for their dedication, encouragement and insight. As a lifelong patron of the arts, the Lincoln was one of the determining factors of his move from Seattle to the Skagit Valley in 1993. 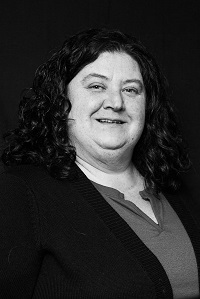 Brandy started at the Lincoln Theatre in 2003. She loves the Lincoln because even though she’s not a performer, she loves the Arts. Being involved in this community theatre has allowed her to experience many fantastic performances as well as meet many amazing people in the Skagit community. 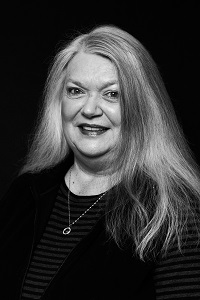 Peggy has been with the Lincoln since 2006. She has seen the Lincoln go through many changes in that time, from the struggles to the successes. She believes that the struggles have only made our organization stronger and made everyone able to appreciate the success that is The Lincoln Theatre. Peggy loves the Lincoln because of the many opportunities it affords our very diverse community. 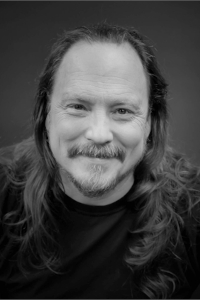 Damond Morris serves as the Development Director for the Lincoln Theatre Center Foundation in Mount Vernon, WA. He is the founder and former Artistic Director of Shakespeare Northwest from 2000-2008. He served as a tenured faculty member and Chair, prior to the elimination of the Drama Department at Skagit Valley College in Mount Vernon.

He holds a Master's degree from Western Washington University and a Masters in Sustainability Leadership (Oregon Leadership in Sustainability) through the Planning Public Policy & Management Department at the University of Oregon. Damond’s Master’s thesis, "Towards a Recycled Theatre: Industrial Ecology Applications in the Theatre Industry," is an analysis of real world answers to the problem of waste in the theatre industry. Following this passion, his development efforts to preserve the Lincoln Theatre, center on lowering the buildings carbon footprint and preserving the structure for the next 100 years! 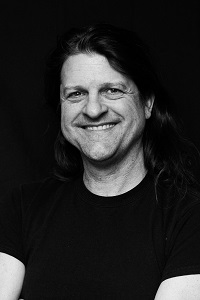 Mike Marlin loves the Lincoln because (like Dr. Who) it is his inter-galactic spaceship from where he travels through space and time. In 1999, Mike volunteered at the Lincoln as a designer, actor and technical director for local theatre non-profits. Mike became the Lincoln’s stage manager and restoration specialist and worked as staff for three years.

He received a master’s degree in theater at Western Washington University then worked in the entertainment industry in New York. In 2015, Mike returned to Mount Vernon, and the Lincoln welcomed him back as Production and Facilities Manager to get the spaceship Lincoln tuned up for its next hundred years voyage through the cosmos.

[Details not available at this time]

Past Lincoln Theatre Board Members

For over 30 years, the Lincoln Theatre Center Foundation board has had a variety of community leaders helping out to achieve the theatre's mission. We thank all of them for their efforts and contributions to this important institution.

This list is by no means exhaustive, and if you know someone who was on the board in the past, please let us know!