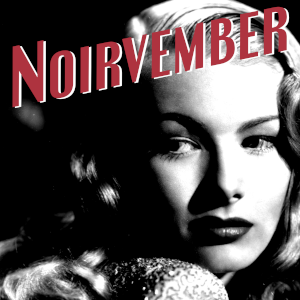 Every Tuesday in November, join us at the Lincoln Theatre to watch a classic Film Noir -- in glorious 35mm! Noirvember is almost here!

Now, the Lincoln Theatre fires up its 35mm movie projectors to transport you back to those heady days of guns, gems, gams, and games! Come sit in the dark with us and experience the world of Film Noir -- where it's always night, often raining, and petty schemes spiral out of control.

Check out this killer lineup!

Sterling Hayden and Jean Hagen star as Dix Handley and Doll Conovan, who help pull off a huge jewel heist only to find the long arm of Johnny Law reaching for them. Features a supporting performance by Marilyn Monroe in an early role. Directed by John Huston.

When world-weary private eye Jeff Bailey (Robert Mitchum, at his world-weariest) is hired to find the missing Kathie Moffat (Jane Greer), he finds that the ghosts of his past still haunt him. Featuring Kirk Douglas and directed by Jacques Tourneur.

Alan Ladd stars as Ed Beaumont, the right-hand man of a crooked politician (Brian Donlevy), who finds himself entangled in a complex web of political intrigue and murder -- while falling for his boss's new girlfriend (Veronica Lake). Directed by Stuart Heisler.