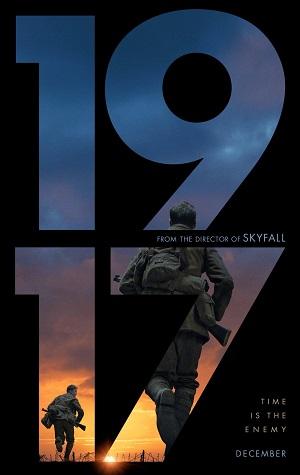 The scheduled screening of 1917 has been cancelled.

All advance ticket purchases for 1917 will be offered:

Our box office will be reaching out to you via email for processing.

At the height of the First World War, two young British soldiers, Schofield and Blake are given a seemingly impossible mission. In a race against time, they must cross enemy territory and deliver a message that will stop a deadly attack on hundreds of soldiers--Blake's own brother among them.

"The film is thrilling, moving on effectively from one shocking set piece to another, studying the narrative too with starry cameos." - David Sexton, London Evening Standard

"It's a tense, unnerving ride that accomplishes its goal of translating the first-person experience of war better than any war movies that have come before it. It's a level up." - Adam Graham, Detroit News