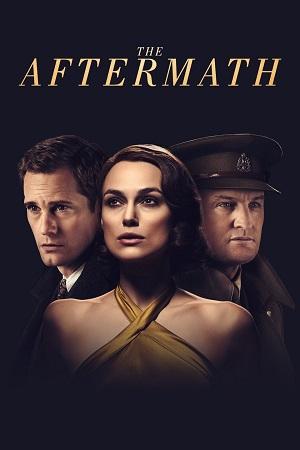 The Aftermath is set in postwar Germany in 1946. Rachael Morgan arrives in the ruins of Hamburg in the bitter winter, to be reunited with her husband Lewis, a British colonel charged with rebuilding the shattered city. But as they set off for their new home, Rachael is stunned to discover that Lewis has made an unexpected decision: They will be sharing the grand house with its previous owners, a German widower and his troubled daughter. In this charged atmosphere, enmity and grief give way to passion and betrayal.

"It's the kind of tea-and-crumpets fare where the gloves eventually come off, and is all the more satisfying for doling out so much tough love." - Rubén Rosario, MiamiArtZine

"Cinematic and romantic, the film combines honour with personal dilemma, punctuated by the essence of the horrors of the war and its aftermath" - Louise Keller, Urban Cinefile

"You may well enjoy this unusual love story: for its performances, its strong sense of time and place, and its vivid reminder that a war's official end is never really anything of the kind." - Mark Monahan, Daily Telegraph