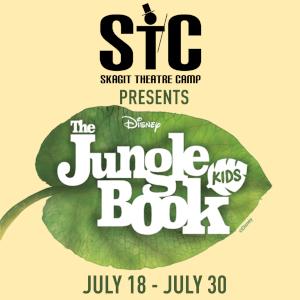 Enrollment in STC is currently full. We continue to accept scholarship applicants and have a general enrollment waiting list.

This summer's Skagit Theatre Camp returns after a three-year hiatus for a TWO WEEK PROGRAM from July 18 through July 30 and is a rare and fun opportunity to affirm your child’s imagination while also boosting their self-confidence and communication skills via theater arts. Through collaboration and performance, STC’s instructors will inspire students to discover their creative potential. This year's production of Disney's© The Jungle Book Kids features a two-week-long curriculum in a REAL THEATRE SETTING culminating in two performances live on stage at the Historic Lincoln Theatre for the general public on Saturday, July 30 at 10:00 am and 12:00 pm. Daily camp hours are Mon-Fri, 10am-3pm.

Registration is now closed. Eligible to students entering the 1st grade in September 2022 through the 8th grade. Tuition: $400 (includes T-Shirt and four complimentary tickets to performances). 10% discount for each additional family/household student registration. Refund/Cancellation Policy $50.00 of each tuition is non-refundable. The remainder of tuition is refundable up to, and including, the first day of camp. No refunds will be given after the first day. If Camp is canceled due to lack of enrollment, a full refund will be given. For those in need of financial assistance Camp Scholarships will be available.

In order to make our program accessible to all families, regardless of their ability to pay, STC provides a need-based scholarship program through generous donations from our sponsors. Contact Damond Morris, our Development Director via development@lincolntheatre.org to receive a scholarship application.

For more information on Skagit Theatre Camp and registration contact Damond Morris at 360.419.7129, ext. 103 or damond@lincolntheatre.org

Jennifer Campbell is an experienced and versatile musician and educator. As a singer, she has sung throughout the Pacific Northwest as a soloist and opera singer, with groups including Seattle Opera, Seattle Symphony, The Seattle Choral Company, Skagit Symphony, and the Boise Master Chorale. Most recently she sang the role of Doris in the Seattle Opera Premiere of Charlie Parker's Yardbird. Other Seattle Opera roles include Glasha in Kayta Kabanova, and the Governess Cover in Turn of the Screw. She has also sung in the Seattle Opera Chorus in over 45 productions. Jennifer has been a featured soloist with the Seattle Youth Symphony, Skagit Symphony, the Boise Master Chorale, in events such as Video Games Live! concerts, Seattle Symphony’s “The Music Man”, conducted by the renowned Marvin Hamlisch, and on movie soundtracks, including "While We Were Here". Jennifer was the featured soprano soloist in the world premiere of Rick Vale's September Requiem, a memorial tribute to the events of 9/11. Her involvement in musical theatre includes not only having appeared on stage, but also working in capacities as musical director, conductor, and accompanist for productions of Footloose, Secret Garden, White Christmas, Mary Poppins, A Chorus Line, Willy Wonka, Annie, Shrek the Musical, and The Sound of Music, among others. Upcoming projects include Music Direction for ACT’s production of Little Women in the Fall of 2022. Jennifer’s work as an educator has spanned three decades, and she is now a sought-after teacher, vocal coach, accompanist, clinician, and conductor. She has operated a private voice and piano studio for over 30 years. Currently on the voice faculty at Skagit Valley College and Edmonds College, she has also taught voice at Pierce Community College, and taught piano, voice, and conducted choirs previously at Edmonds College. Her students have frequently been awarded top honors in local and state competitions, received scholarships to major music schools in the US, and have gone on to have successful careers in opera, musical theater, and popular music. She is a member of NATS (National Association of Teachers of Singing) and AGMA (America Guild of Musical Artists). Jennifer is thrilled to be Musical Director for Skagit Theatre Camp Jungle Book Kids!

Nathan is a multi-disciplinary artist who has devoted his life to storytelling through writing, filmmaking (both independent films & music videos), and performing with the national touring band Kuinka. His past works have been featured by NPR & Paste Magazine. Nathan loves details, Washington state, and creating one-of-a-kind work. He is currently wrapping up production of an EP for his newest musical endeavor “Babes In Canyon” (www.babesincanyon.com). Nathan is thrilled to return to the theatre that sparked his passion for the arts and be a director at this year’s theatre camp!

Amanda is a director, writer, and actor who currently lives on a farm in Mount Vernon, Washington, where she co-owns and manages Darcy Blue Productions. Originally hailing from Milwaukee, WI, Amanda spent the past decade in New York and Los Angeles working in theatre, film, and comedy in various capacities - as an actor, producer, devised theatre creator, and collaborator in developing new works. Amanda holds a BFA in Acting and a minor in Arts & Entertainment Management from Pace University School of Performing Arts in New York City, and has trained in acting, dance, voice, & comedy at Circle in the Square Broadway, New York Vocal Coaching, Steps on Broadway, Manhattan Movement Center, Upright Citizens Brigade (UCB), iO West, and Second City Hollywood. She is currently represented by Seattle Talent and TCM Models & Talent. Her film & video production company Darcy Blue Productions serves and empowers the nonprofit and independent business communities in the PNW, while producing narrative work that highlights the inner worlds of women and amplifies voices that are traditionally silenced. ’Mountain Violet,’ her narrative writing & directing debut, is currently in post-production. Amanda also serves on the Communications Committee as a Board member of Women in Film Seattle. In recent years she has worked for the Seattle Queer Film Festival, Seattle International Film Festival (SIFF), and is currently working in the tech department for the 2022 Tribeca Film Festival in New York. Amanda is thrilled to be spending the summer in the one-of-a-kind Lincoln Theatre, and can't wait to create a fantastic show & lots of memories with everyone at camp!

Thank you to our Skagit Theatre Camp Sponsors: 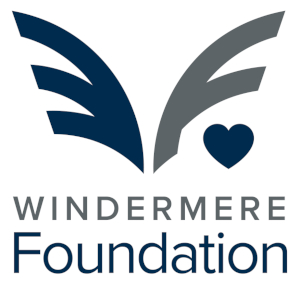