LIVE IN CONCERT: HEART BY HEART 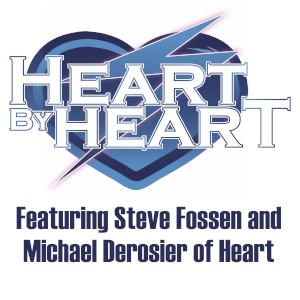 The Lincoln Theatre presents Heart By Heart featuring Steve Fossena & Michael Derosier of Heart, a powerful, dynamic show that includes all the favorite Heart hits as well as deep album cuts that fans will love.

Steve Fossen and Michael Derosier, the original bassist and drummer for the band Heart during the 1970s and early 1980s, are now touring as Heart By Heart. "Our mission is to perform the classic Heart music as faithfully as we can," Fossen says. The band also features powerhouse vocalist Somar Macek, multi-talented guitarist/keyboardist/vocalist Lizzy Daymont, and veteran guitarist Chad Quist.

Fossen and Derosier are the powerful driving engine behind Heart's classic hits like "Barracuda," "Straight On," "Crazy On You," "Magic Man," “Even It Up”, "Dog & Butterfly," "Heartless," "Kick It Out," and more.

First formed by Steve Fossen in 1969, Heart went on to release six top-10 albums and landed 20 hit singles on the Billboard top 40 chart. In recognition of their contributions to these iconic recordings, and to Heart’s first seven years of national and international touring, Fossen and Derosier were inducted into The Rock & Roll Hall of Fame with the rest of the original Heart lineup in 2013.

Tickets on sale soon -- check back for details!