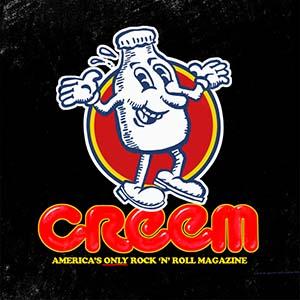 Ripping back the curtain on legendary rock rag CREEM Magazine's wild and disruptive newsroom; a dysfunctional band of unruly outsiders who weren’t all that different from the artists they covered.

Capturing the messy upheaval of the '70s just as rock was re-inventing itself, the film explores CREEM Magazine's humble beginnings in post-riot Detroit, follows its upward trajectory from underground paper to national powerhouse, then bears witness to its imminent demise following the tragic and untimely deaths of its visionary publisher, Barry Kramer, and its most famous alum and genius clown
prince, Lester Bangs, a year later. Fifty years after publishing its first issue, "America's Only Rock 'n' Roll Magazine" remains a seditious spirit in music and culture.

"Future scholars looking into the cultural mindset of the mid-'70s need to make a Creem immersion their first step. Without it, they won't have a clue what young people were thinking." - Mick LaSalle, San Francisco Chronicle