Of the 98 Wurlitzer organs remaining in their original theatres in the U.S., the Lincoln Theatre’s Wurlitzer is one of only two 2-manual, 7-rank D-2 Full Unit Orchestra models. The Lincoln Wurlitzer features seven ranks of pipes, an original Wurlitzer remote piano, and a complete sound effect system for silent films, including beats, castanets, drums, cymbals, glockenspiels, and marimbas, as well as a set of silver chimes mounted on the auditorium's painted columns. A portable console is used when the main console is covered by the stage extension. This unit controls the same pipes as the original console.

The mighty Lincoln Wurlitzer was billed as one of the world's wonders during the heyday of silent films. The expense to install was over a quarter of the cost of the entire building!

Much work has been done by our pool of volunteer organists and technicians to maintain and repair our musical treasure. The console has been pulled, cleaned, and rewired; several ranks have been gone through, with new leathers and blocks installed; and the "toy box" for sound effects has been rearranged for easier access and repair. All the work has been done by dedicated volunteers, including Gene Peden, Bob Martin,  Keith Thompson and Fred Beeks. 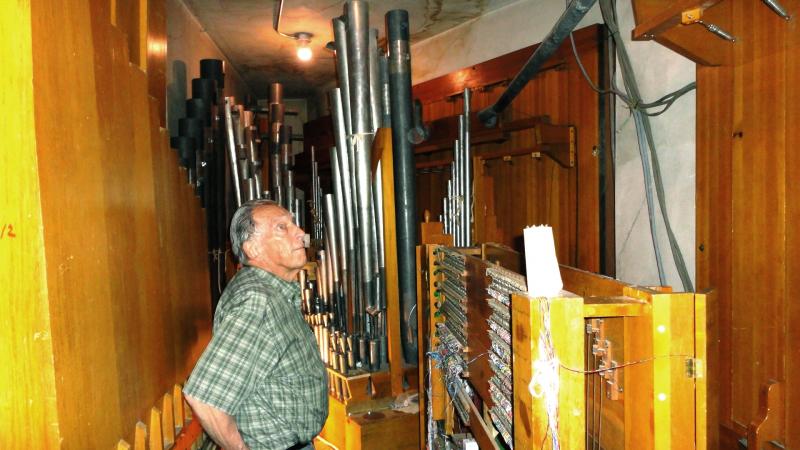 Fred Beeks in the pipe room.

Hear the Mighty Wurlitzer played before most films throughout the year. Call our Box Office for more information.

The volunteer organists who perform before each film showing are Fred Beeks, Harvey Rossiter, Glen DesJardins, Ruth Ann Burley, and Katie Moyer. Thanks to all of them for keeping the theatre organ tradition alive at the Lincoln! 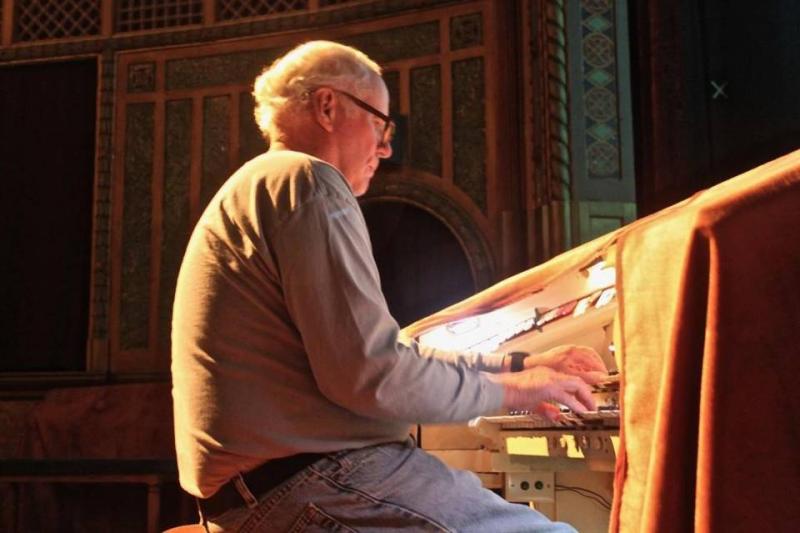 Glen DesJardins at the Wurlitzer

We are always in need of more players. If you are interested in performing at the console, give us a call and you too can play the pipes, bells and whistles! 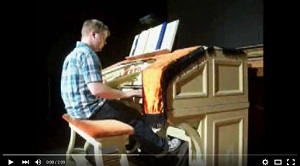 and John "JT" Thomas of the Bruce Hornsby Band here: 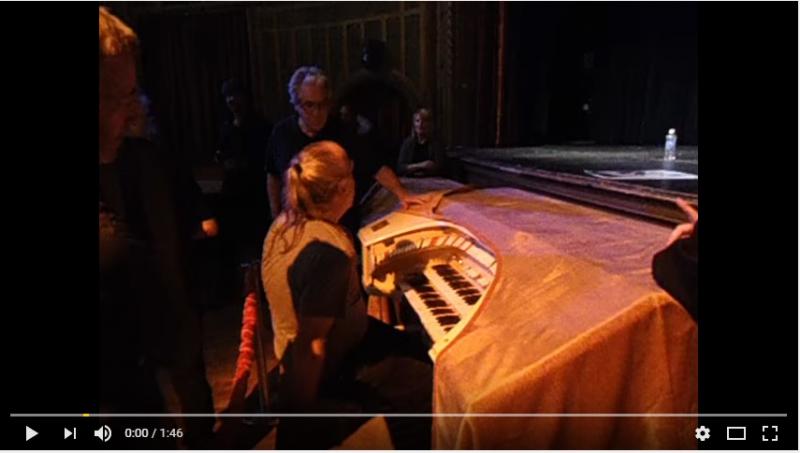 More on the history of the Lincoln and the pipe organ: Puget Sound Theater Organ Society Wurlitzer Link: The Theatre Organ Home Page 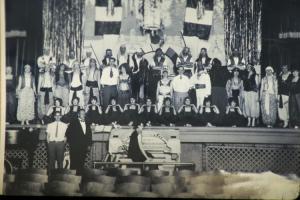 1920s Vaudeville Troupe around the Wurlizter

Below is a link to an online database of U.S. theatre organists (1915-1935) that you might be interested in. The database includes information on theatre organists and the theatres they played during their careers. It lists a number of organists that played at the lincoln.