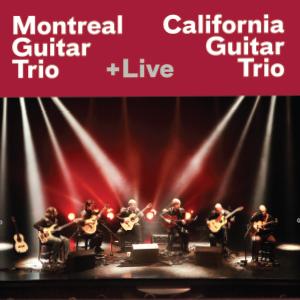 Inspired in 2010 by an impromptu studio session together in Montreal, CGT and MG3 have proceeded to release a live recording (2011), land showcases at numerous arts presenter conferences, and sustain frequent co-bill touring throughout North America; from the Iridium in New York City, to Montreal Jazz Festival (twice), to Napa Valley Opera House. The two trios toured again in 2012/13 visiting 20 cities in the United States and Canada and again in 2017 that featured a fantastic performance at the Lincoln Theatre.

"Both trios have reputations for mutating cover material to fit their string-savvy means. Here, they did so again, but in a very respectful fashion with a serene yet modestly melancholy version of Radiohead’s “Weird Fishes” and a faithful, show-closing update of the David Bowie staple “Space Oddity.” Both tunes added strong vocal leads from Levesque, to make this adventurous six-man guitar squad part fusion band, part pop/folk group and part classical ensemble. The blending of those traits, along with the trios’ wonderfully disparate onstage personalities, made the program something of a boundless guitar joyride" - Walter Tunis, The Music Box