The Most Dangerous Year 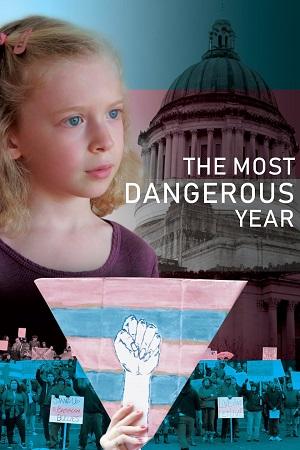 As a dark wave of anti-transgender “bathroom bills” began sweeping across the nation, The Human Rights Campaign called 2016 the most dangerous year ever for transgender Americans. Filmmaker Vlada Knowlton captured the ensuing civil rights battle from the perspective of a group of embattled parents – including herself and her husband, parents of a young trans girl -- fighting to protect their children from discriminatory laws in their home state. While Knowlton passionately follows the story of anti-transgender legislation, the heart of the film lies in the stories of the families who accept and support their kids for exactly who they are.

“Humble, yet deeply moving documentary...What makes “The Most Dangerous Year” so beautifully effective is its representation of these loving, proud families who choose to stand up for the humanity and humane treatment of their children — and the politicians who listen." - Katie Walsh, Los Angeles Times

“Movingly told...powerful documentary, which makes the valuable point that this is a civil rights issue..." - The Hollywood Reporter

All prices include a $1.50 Preservation Fee that goes directly into our capital account for preservation of the Lincoln Theatre and its programs.
Members have benefits: Click here for details