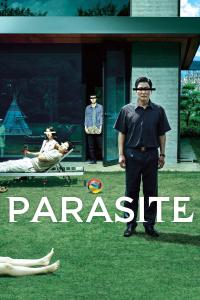 Bong Joon Ho brings his work home to Korea in this pitch-black modern fairytale. Meet the Park Family: the picture of aspirational wealth. And the Kim Family, rich in street smarts but not much else. Be it chance or fate, these two houses are brought together and the Kims sense a golden opportunity. Masterminded by college-aged Ki-woo, the Kim children expediently install themselves as tutor and art therapist, to the Parks. Soon, a symbiotic relationship forms between the two families. The Kims provide "indispensable" luxury services while the Parks obliviously bankroll their entire household. When a parasitic interloper threatens the Kims' newfound comfort, a savage, underhanded battle for dominance breaks out, threatening to destroy the fragile ecosystem between the Kims and the Parks. 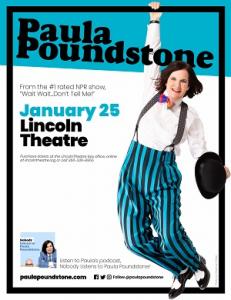 Paula Poundstone is a humorist, author and comedian known for her clever, observational humor and spontaneous wit. When she isn’t collecting hotel soaps while on tour or panel-ing on NPR’s #1 show, Wait, Wait...Don't Tell Me!, Paula hosts the popular Maximum Fun podcast, Nobody Listens to Paula Poundstone. Nobody is a comedy field guide to life complete with taste tests, cats of the weeks and leading experts in everything from beekeeping to ping pong to prosopagnosia (say that 3 times fast).

Paula’s stand-up credentials are endless: Cats, Cops and Stuff; Goes to Harvard; Look What the Cat Dragged In; and numerous television appearances including The Late Show with Stephen Colbert, Last Call with Carson Daly and Late Show with David Letterman. Famously, Paula provided backstage commentary during the 1992 presidential election on The Tonight Show with Jay Leno and was the first woman to host the White House Correspondents’ Dinner. 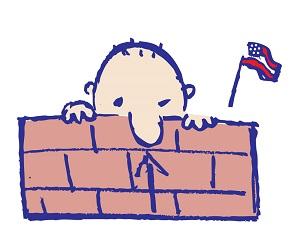 KILROY WAS HERE is an American symbol that became popular during World War II, typically seen in graffiti on walls and floors of places U.S.A. servicemen visited, letting everyone know that America was here. Its origin is debated, no one really knows how it got started, but the phrase and the distinctive accompanying doodle became associated with GIs in the 1940s: a bald-headed man depicted as having a few hairs with a prominent nose peeking over a wall with his fingers clutching the wall.

This is your chance to find out how the whole thing "really" got started. Salute the brave men and women serving in the military with this patriotic comedy.  Experience a U.S.O. Club in Brooklyn in 1942.  Ships leaving the nearby Navy yard are being sunk by enemy U-boats.  Allied intelligence suspects the club is unknowingly harboring Axis spies.  Private Joe Kilroy, a young soldier is causing trouble at every turn because he draws a curious cartoon face everywhere he goes. The enemy agents are stopping at nothing to learn American secrets.  In the end, the wild radio broadcast is where everything is revealed and the whole thing makes sense. 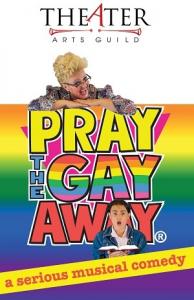 Free, Open to the Public, screening of the Theater Arts Guild production that was performed at the Lincoln this past fall. If you missed this sold-out show, now is your chance to see the recording of it on the big screen.

Doors open at 6:30pm with short presentation and video starting at 7pm. Front section seating held for PTGA cast and crew with over 350 additional seats available to the general public festival seating on a first-come, first-served basis.

We will have some limited edition show merchandise available for sale with 100% of money going to our local chapter of Skagit PFLAG.