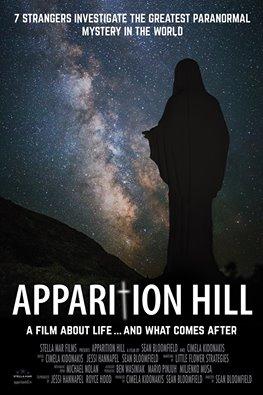 Documentary filmmaker Sean Bloomfield (If Only We Had Listened, The Triumph) and the Stella Mar Films crew have wrapped filming and finalized the details on the release of their latest film Apparition Hill.

“We didn’t set out to create a film about life and death,” says Mr. Bloomfield. “But when you draw seven people from different backgrounds together, you can’t help but explore what’s truly on people’s hearts. This project turned into a fascinating experience that shows just how much we all have in common. Despite what seem like major differences, these unlikely pilgrims have a shared story that needs to be told.”
The documentary is the fruit of a groundbreaking concept utilizing a video contest and crowd-funding campaign to send 5 individuals to Medjugorje, a little-known village nestled in between two mountains along the border of Bosnia-Herzegovina and Croatia to film their experiences. The contest and campaign surpassed expectations and the “pilgrimage” added two additional travelers. Medjugorje has been a hotbed of controversy as millions visit the town each year to see for themselves whether the legend is true: that Mary, the Mother of Jesus, has appeared to a select group of natives with regularity for the last 35 years.
“The Blessed Mother has shown herself in Guadalupe, Lourdes, Fatima, Kibeho and elsewhere,” notes fellow producer Cimela Kidonakis. “Why not Medjugorje? Whether or not it’s true, it still makes for a thought-provoking film when real people, who don’t necessarily believe in God or Mary, witness phenomena that none of us understands—the conversations and revelations paint a picture of humanity that is really hopeful.”
As with 2013’s The Triumph, Bloomfield is careful to present the ideas of Medjugorje in a manner that respects the Catholic Church’s authority in its opinion of the validity of these alleged apparitions. Because the Church does not determine whether apparitions are true or false until after they have ceased, there can be no ruling on what is currently happening in Medjugorje. Both The Triumph and Apparition Hill make no claims on the veracity of the alleged apparitions but allow viewers a clear, in-depth understanding of some interesting facts.
“I think audiences will be very surprised and moved by this film,” says Bloomfield. “We took a group consisting of two atheists, a young mother with stage four cancer, a Catholic convert unsure about Mary, a father of nine who lost his wife, a man with ALS, and a drug addict. In a way, the films offers something for everyone.”
The film features Holly Weller of Mount Vernon. See Holly's inspirational video application here. Proceeds from the screening of Apparition Hill go to the “Weller Kids Fund”. 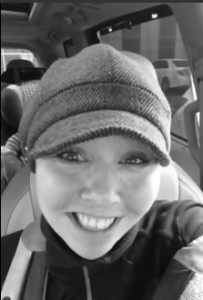