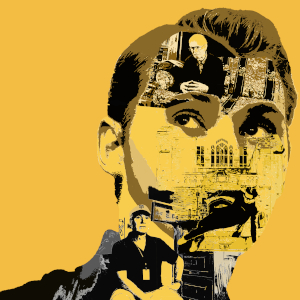 Burlington native Bjørn Stickle searches for truth in a truthless age. As a globalized world grows into fruition the mixing of cultures, science, and religion has left a void where honest ignorant certainty filled in the past.

Bjørn partakes on a journey alone across North America looking to see if there was a memory, or existence of that sacrifice left. Driving 14,000 miles in 64 days, Bjørn conducts 50 interviews ranging from billionaires to poor farmers, and members of Gen Z to Centenarians.

An answer is found; perhaps it is wrong, but that is for you to decide.

In honor of student filmmakers, NASA chose 14000 Miles to transmit to the Satellite Voyager 2 which in turn beamed it to the North Star. Upon the completion of the transmission of the film, he received an original flag flown over the United States Capitol Building at the special request of Washington State Senator Patty Murray.

A Canadian and Norwegian-American, Stickle has spent the past decade studying and working in film throughout Europe and North America. He is a director, actor, cinematographer, and producer. Stickle's filmography has also appeared in places from Times Square to Oslo's Central Station.

Bjørn Stickle is generously donating all proceeds from this screening to the Lincoln Theatre.