FILM: ALL SORTS (ONE SHOW ONLY!) 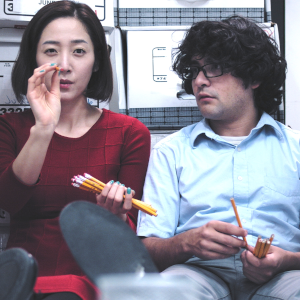 Diego (Eli Vargas) is desperate – for a job, for excitement, for love. When he gets hired to work by Vasquez (Luis Deveze), the absurd boss who loves data but can’t type, Diego finds himself in the strange, strange land of Data-Mart.

There he meets June (Greena Park), an incredibly fast filer, and as the two make their way into the secret world of underground filing, things will never be the same.

Hand-made in the Pacific Northwest and filmed in Yakima, this sweetly surreal comedy premiered at the Seattle International Film Festival to rave reviews.