FILM: THE HUNT FOR PLANET B 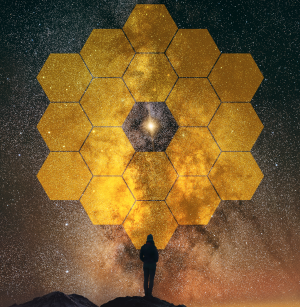 The Hunt for Planet B captures the human drama behind NASA's high-stakes James Webb Space Telescope — the most ambitious space observatory ever built.

The film interweaves the creation of this massive machine with the story of a pioneering group of female scientists on a quest to find life beyond our solar system.

What begins as a real-time scientific adventure turns into a deep meditation on our place in the universe. On the brink of seeing farther out than ever before, we find ourselves looking back at our own imperiled planet with new eyes.

"Intriguing… Impressive… The Hunt for Planet B is [a] human story. It reveals a world of thinkers, dreamers and doers that dare to imagine what’s out there on exoplanets…” —Forbes

“The film features women from all parts of astronomy, from an engineer on the Webb to… Jill Tarter, chair emeritus of the SETI Institute… who was the inspiration for Jodie Foster’s character in the 1997 film Contact…” —The Washington Post