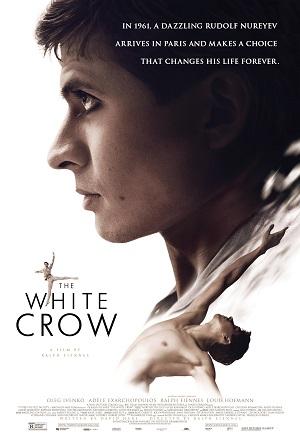 Ralph Fiennes' The White Crow was inspired by the book Rudolf Nureyev: The Life by Julie Kavanaugh. The drama charts the iconic dancer's famed defection from the Soviet Union to the West in 1961, despite KGB efforts to stop him.

"It's a movie full of small pleasures, such as the Polaroid-ish softness of the cinematography, Fiennes' quietly noble performance as Nureyev's mentor Pushkin, and the glimpses of the ballet studios..." - Moira MacDonald, Seattle Times

"It's astonishing that this is Ivenko's first movie role, because he projects Nureyev's drive, seductiveness, intellectual curiosity, imperiousness, vulnerability, and mercurial temper with a naturalism that seems effortless" - Anrea Gronvall, Chicago Reader

"A probing portrait of a young artist who was equally driven by fear and ego." - Christopher Lloyd, The Film Yap