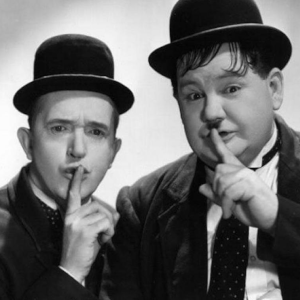 September 29 is National Silent Movie Day, and we'll be observing it with a screening of Laurel and Hardy's 1927 movie The Battle of the Century -- including what is often lauded as the greatest pie fight ever put to film!

Harvey Rossiter will be providing live accompaniment on the Lincoln's Wurlitzer Organ for The Battle of the Century and Mabel's Strange Predicament, and Katie Moyer will be playing for the pre-show and On His Wedding Day.